Daughter of Vice-President Osinbajo,  Kiki is not happy about some negative comments she got when she posted a photo of her wearing a turban and henna. Sharing the photo again this morning, Kiki wrote;

“My favorite picture ever! I remember posting it and I got a lot of negative people asking why I wore henna and had a turban and all sorts of negative things @bighstudios was so upset and called me and I remember telling him not to worry I liked the picture and that’s all that counts.(even if low key I was a bit upset) I told myself then I cannot allow people I don’t know have such a hold on me ! People will be negative , people will try to change you, people will judge you , people would hate you for no reason , but my darling you are YOU AND NOBODY DOES YOU BETTER THAN YOU! Take me or leave me, but as I am because I’m definitely not going to be different to fit anyone’s idea of who I should be! Officially doing me “ 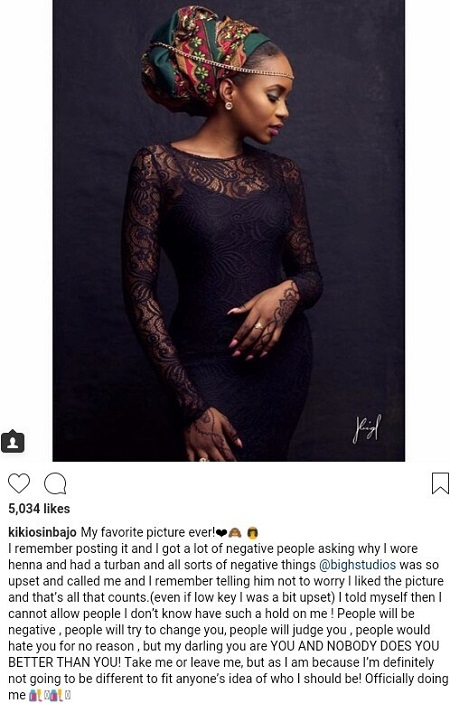