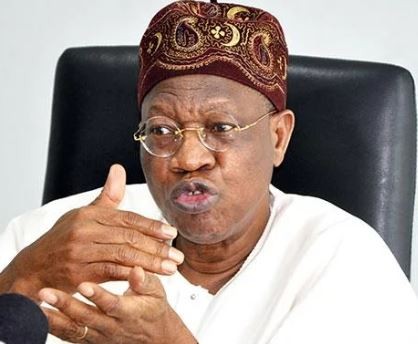 Minister of Information and culture, Lai Mohammed has said that President Buhari’s administration is not out to share money but to provide basic needs.

According to him, the government is aware of complaints of no money by many Nigerians, but that the administration preferred to invest in infrastructure that would have ripple effects on the economy than sharing money to people and political stooges like the previous administration did.

“Yes, people are complaining of no money and high cost of living, but I want to tell you that it would have been worse today but for the massive infrastructural development this government is investing on.’’

The administration, he said was committed to developing infrastructure that will uplift the standard of living of Nigerians.  Lai Mohammed said this in Tatabu village near Mokwa in Niger state while inspecting the reconstructed and rehabilitated Ilorin-Jebba- Mokwa road project.

“When people make this complaints, they easily forget that for 16 years, one political party was in power, sharing money, when this road became completely failed. APC in three years, has fixed this road to this level. I think it speaks for itself. Before now, it takes about five days for trucks to move from Ilorin to Jebba. Today, it takes only two hours. Today, on this road, you can see free movement of goods and services which is the beginning of revival of the economy,” he said.

The minister added: “we are not a government that will share money like what others did which put the country in a mess. This government believed in investing in infrastructure because if you get this rightly, it will translate to wealth creation. Let us take for instance, if this road contract costs N10 billion and we share it to political stooges in this area at N1 million each, we will only give 1,000 people and there will be no road. At the long run, those that we share the money to will join in abusing the government of non-performance. On our part, we will rather slowly and painstakingly revive our economy through infrastructural development and we have a lot of stories to tell on this”.