Davido has yet again given out another large

amount of money to a random fan.

He had earlier announced that he will be surprising a number of fans online.

This move is aimed at promoting his new song, AZA which features Duncan Mighty and Peruzzi.

The fan who has been identified as @Claudiuusss took to his Twitter page to thank both Davido and Chioma for changing his life with the money.

“this is unbelievable bro,I was half asleep when the alert beep came in,It was expected but still felt unreal,big ups to @iam_Davido More blessings in your name,more big tunes in your name bro @thechefchii,Thankyou so much , I’m grateful,God bless you #DMW” 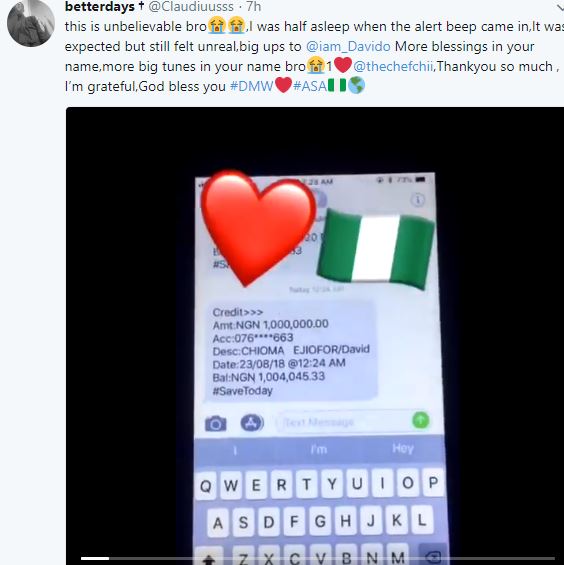 Davido then responded telling him Chioma is not on Twitter but he should spend his money wisely. He even suggested the fan buy himself three bottles of Hennessey. 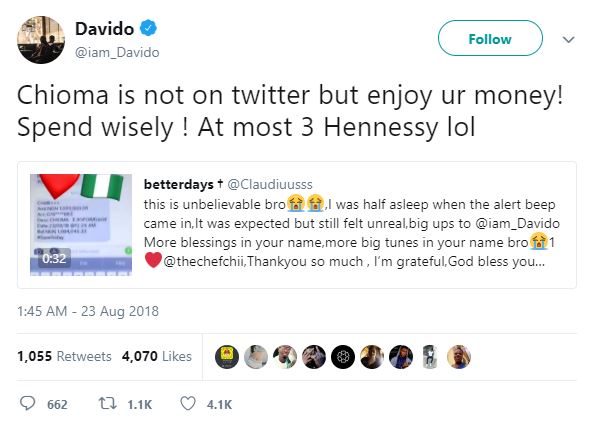